Fredag den 13:e ("Fredag den trettonde", translated "Friday 13:th") started out like most punk bands as an idea during a drunk night out in Gothenburg, Sweden, sometime in the beginning of 2006. The guitarists Stoffe (ex Penalty Time) and Jacob (TOMMA INTET/ex High Hats/ex The Process/ex Sweet Addiction) had for a long time been talking about starting a band which would combine both the power of Scandicrust with the rock n’ roll feel of Poison Idea and Motörhead. Believe it or not, a rehearsal was actually booked a couple of weeks later. Stoffe had at that time been talking to Skägget (Highrider/ex Kalashnikov Boys) and the drummer Johannes (ex Penatly Time). After several weeks of riffing in the rehearsal place the band found its singer in Anders (ex Age of Woe). A demo was recorded which after a while also resulted in a self titled seven inch – Fredag den 13:e (2007).

After some time Johannes decided to leave Gothenburg and the band discovered the furious drummer Nicke (GUST/ex Seeds in Barren Fields/ex High Hats). With the new line-up a split seven inch (2008) was released together with HC-friends Dobermann Cult, and the recording started for the debut album “Under Iskalla Fanor” (2010). After the debut album was released Fredag den 13:e toured frequently in Europe and started to make a name for themselves within the punk scene. By 2012 they released another split seven inch with their Gothenburg punk rock friends in Trubbel, and by 2013 they released their second album “Tjugohundratretton”, that suitable means: 2013. At this point Skägget decided to leave band and Peppe (ex The Dynamite/ex The Process/ex Sweet Addiction) was recruited for the bass and backing vocals.

After the release of "Tjugohundratretton" the band went on two different tours through Europe, one during the spring and one in the autumn, meeting old and new friends along the road. Quite soon after the second tour, the band started writing new riffs for another album. They managed to make their first tour in Poland, but then their third album "Domedagar" was released in July 2015. It received numerous of great reviews and were nominated for best Swedish punk/hardcore album at Manifestgalan in Stockholm. Though the album was much appreciated, the band didn't do more than a handful shows in Sweden promoting the album. It was also now the lead singer from 2006 Anders decided to leave the band. During the autumn of 2015 the band got help from old time friend G (Painted Wolves/ex Dead Vows) filling in on some shows when Anders was not able to tour.

When the next chapter of Fredag den 13:e was written, the band made an Iberian tour in Spain and Portugal during the spring of 2016, with G handling the mic as a new member of the band. New riffs are in the making, and until the next album is released, the plan is to play live as much as possible and produce more vicous d-beat; fucked up with rock n’ roll riffage, smashing hardcore and brutal metal. The clock is ticking... 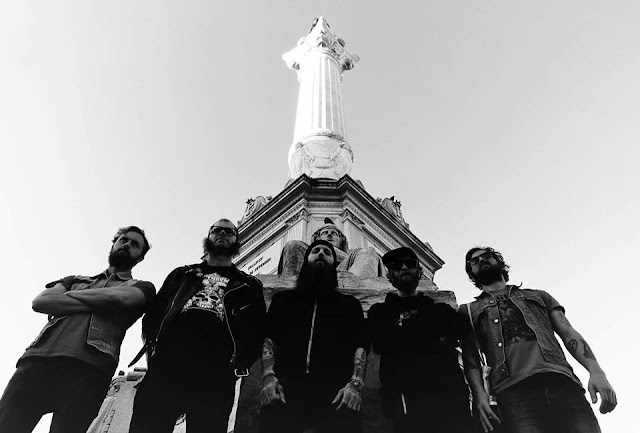